Showing posts from June, 2014
Show All

What was missing at I/O? Non-Developers stuff!!!

I have read a couple of these articles on what was missing at Google’s Developers Conference and most are saying Google+ was missing, Hangouts was missing and where are the Nexus Devices. It all lead to why they were missing? Are Google killing them off. Well, no they are not. It is because Google had nothing to announce for Developers

This years keynote differs a lot from other key notes. No one jumping out of planes and not many new devices apart from Cardboard. This is good and I hope that I/O continues as announcements for products should be kept separate.

This year was all about Android and creating a platform for Android. Android is no longer a Mobile OS, it is a platform to create things on. It feels to me, you build one app, do it well and it can be installed on your watch, your car and your TV. It is brilliant and makes sense. The keynotes told developers what they can do on their apps and how by making a few tweaks will make it work everywhere and have a consistent look. More eyes, more money!

Now what about Google+, the social ghost town network. Why was there no announcements? Well Google+ is a closed platform is it not? Take a look at the API, you can read stuff but you can’t do anything else. The only write API are Moments and that is pretty much the only thing you can write to Google+. If Google had already taken the decision (last year) that it is closed then why announce new features to the platform at a keynote for developers for things developers cannot contribute to...

What makes Google+ so good is the quality of post, and it is because Google Controls it. If Google was going to create a bunch of API’s for Google+ then yeah they will show it off. But no they did not, hence why there was only one session on Google Identity, a sub component of Google+.

Same thing with Hangouts. Everyone expected Hangouts to be integrated to Google Voice and that we should seen an announcement. However nothing was announced and if you think about it the new integration will require Zero support from developers.

Hangouts killed Google’s Talk XMPP which means it is no longer using an open standard that developers can use, and now Google Voice disable 3rd support, again discouraging developer work.

Same things for Google X products like Cars, Glass, Loon e.t.c. Developers again cannot contribute to the platform that is not ready for prime time so why show anything off? Nexus devices only gets release when the next version of Android is ready to ship and the “L” release (I want a desert name) is definitely not prime time.

What I will take away from I/O this year is Google has for its conference kept developers and partners at the forefront of their minds. By release the developer preview of the next Android will allow OEM partners or potential partners to know exactly the direction Google is going to take Android to, which should mean that when “L” is release that everyone can release or update their devices at the same time. It also means developers can now start to plan what they will need to do with their apps, especially with Material Design UX language and the whole new Android Ecosystem.
Android Headlines originally shared:
AH Primetime: What was Missing at Google I/O http://www.androidheadlines.com/2014/06/ah-primetime-missing-google-io.html

At last we have the ability to code once and deploy to the Chrome platform. This opens up so much possibility if they fully implement ART on chrome.

Not only would you have native client on chrome but you pretty much have the Java API as well making it so much more useful for developers to make apps.

Also finally watching the 2 and a half hour key note it seems that now android is a platform to build anything on. With material design plus fragments introduce in Ice Cream Sandwich you build the core of your app and then fit fragments around to best suit the device you are on. This is amazing stuff! ﻿

Hmm should I buy one??? #glasshole!

This is like Bootstrap but for Android, iOS and the Web

This is pretty interesting stuff. Making consistent UI/UX is essential and having something that will help you get started to plan for a consistent look and feel is brilliant.

I don't always code in Java...

Ready for the World Cup? #WorldCup2014 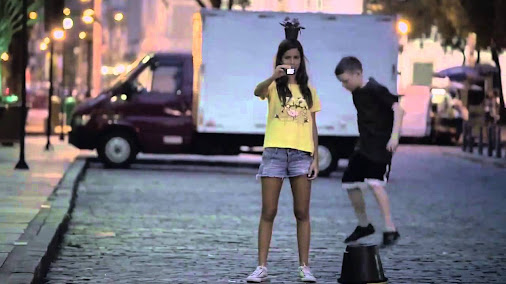 A very interesting read. Two animals after 40 years of study has never developed cancer and maybe understanding why could help us develop ways to tackle it.
Buddhini Samarasinghe originally shared:
The Cancer-resistant Blind Mole Rat: Clues from the Genome

Although the Naked Mole Rat and the Blind Mole Rat have similar sounding names, they are not close relatives. The two species diverged over 70 million years ago, and blind mole rats are more closely related to rats and mice than to naked mole rats. But both these species are resistant to cancer; in over 40 years of studying blind mole rats, not a single spontaneous tumour was recorded among thousands of captive animals. Intriguingly, the two animals have evolved this resistance independently. Studying the mechanisms for cancer resistance in these two animals can therefore provide a deeper understanding of how cancer arises at the cellular level. The recent publication of the blind mole rat's genome sequence (http://goo.gl/CxlnDH) provides some intriguing hints about these mechanisms.

✤ The blind mole rat lives underground. Life underground requires several evolutionary adaptations. Of these, one of the most remarkable is its adaptation to low oxygen (highly hypoxic) environments found in underground burrows; O2 as low as 7.2% and CO2 as high as 6.1% have been reported. Low oxygen environments are also found inside tumours, and tumours are able to survive this environment through mechanisms I have explained here: http://goo.gl/8LWVXq

✤ Hypoxic environments typically cause cells to undergo apoptosis - a type of programmed cell suicide. This process is regulated by an important protein known as p53 (see here for more information about apoptosis and: http://goo.gl/lYJRdm). Hypoxia-induced apoptosis would be disastrous for an underground-dwelling blind mole rat, so their p53 protein has a mutation that prevents the induction of apoptosis. Even more interestingly, this mutation is almost identical to a similar p53 mutation found in many human cancers. Both mutations seem to encourage the cells to stop dividing, rather than to self-destruct.

✤ Understandably, the massive loss of cells due to hypoxia-induced apoptosis is undesirable for the blind mole rat, so the p53 mutation can be explained that way. But mutant p53 also means cancer, as many human cancers have a similar mutation. It sounds counter-intuitive that a cancer resistant animal has nearly the same mutation that actual cancers do. How does this work? Clearly, the blind mole rat has other mechanisms in place to compensate for this 'weakened' p53 status. But what are they?

✤ Instead of apoptosis, the blind mole rat relies on a different mechanism for guarding its cells against cancer. This mechanism is necrotic cell death; messier than apoptosis, it is a mechanism that involves the immune system and inflammation. The genome sequence of the blind mole rat has an extra copy of the gene Ifnb1 which encodes a protein known as interferon beta 1. In comparison, the mouse, rat and naked mole rat genomes have only one copy of Ifnb1. The blind mole rat has extra copies of this gene, which results in extra amounts of this protein, leading to a stronger necrotic cell death response. This compensates for the 'weakened' p53. Supporting this hypothesis is the fact that several other genes from the interferon signalling pathway, along with other genes that regulate cell death and inflammation are also expanded in the blind mole rat genome, indicating that this immuno-inflammatory response is heightened in the blind mole rat.

✤ In summary, the blind mole rat genome has acquired a mutant version of p53 (i.e. weakened) as an adaptation to underground hypoxic conditions. This would normally lead to a lowered ability to resist cancer, as p53 is vital for tumour suppression. Therefore as compensation, the blind mole rat genome has extra copies of genes involved in necrotic cell death in order to remain cancer resistant.

✤ It might seem a bit disconnected to study an underground dwelling blind mole rat that is so different from us, in order to understand our own cancers. But as these findings show, understanding the evolution of cancer resistance mechanisms can increase our knowledge of cancer; with this knowledge comes the power to someday develop therapies against cancer, or measures for cancer prevention.

Google does have all the pieces to do this and they have got to get it right when they will undoubtedly announce something for Hangouts at I/O.

They have recently updated the app that syncs phone numbers on tablets (non cellular devices) so I am sure something is about to happen especially with 3rd party support ending for Google Voice.

#GreatScott - Back to the Future in London

They are going to build Hill Valley in London... I have to see this!