Showing posts from June, 2016
Show All

A few months ago, I complained about the insane state of today's advertising and the evil that is VPAID...

By Unknown - June 14, 2016
Ad tech needs to wise up, otherwise we all use Ad blockers
Artem Russakovskii originally shared:
A few months ago, I complained about the insane state of today's advertising and the evil that is VPAID ads https://plus.google.com/+ArtemRussakovskii/posts/VgrLdYcoifr.

These ads destroy performance, leech bandwidth by 10s of megabytes, and are served by major ad networks, including Google's own AdX and AdSense.

Today, these VPAID ads are as popular as ever - and that is just disgusting. They're the real cancer of the advertising industry.

To showcase just how evil they still are, I took a single AdX ad tag and put it on an otherwise empty page. A static image ad loads, but it's secretly a VPAID one. It then randomly switches to a video, then back to a static image, then back again - it's like a never-ending self-reloading cascade of garbage.

Right now after several minutes of just leaving this one single ad open, I'm at 53MB downloaded and 5559 requests. By the time I finished typing this, I was at 6140 requests. A single ad did this. Without reloading the page, just leaving it open.

A single VPAID ad absolutely demolishes site performance on mobile and desktop, and we, the publishers, get the full blame from our readers. And when multiple VPAID ads end up getting served on the same page... you get the idea.

Google and other ad networks, why are you allowing this kind of garbage to continue flowing through your pipes? Don't you see how much damage it's doing to the whole advertising business as people are practically forced to install ad blockers?

If you don't like to be taken advantage of, tell Google. Tweet at them, send them emails, let them know via any means you can that it is not OK to allow our browsers to be hijacked in this manner.

Just learned today that someone I followed on YouTube for around 4 years has died after a gun attack after a concert she just finished in Florida. A life cut so short and a talented singer songwriter who was doing it her way to make a living in the industry. 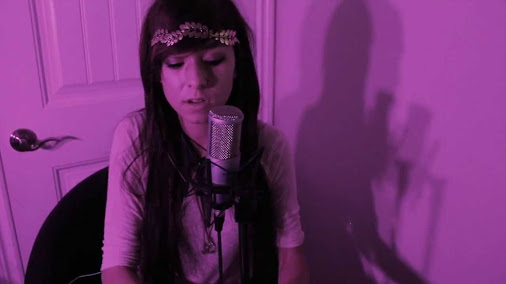