Showing posts from September, 2013
Show All

This could change gaming

What does the fox say?

By Unknown - September 14, 2013
And why I disagree with Mike Elgan on the death of NFC.

I have thought about this for the past fews years where if it was possible to know where you are in the store you could potentially buy things without the need to actually walk up to the cashier and pay for the goods. Mike Elgan has written a brilliant article with Apple's iBeacon technology on how it can be used for indoor GPS and also payments. The only thing I disagree on is that it could kill NFC.

Just imagine you walked into a supermarket and each product on the shelves had an NFC tag. You can just tap on the tag on the things you want to buy and put it into your trolley. At the same time the supermarket stores will be able to see what you are buying through the bluetooth network that when you decide to leave the store, you could have someone at the entrance to review the goods in your trolley and that person will have a NFC device that will just authorise the payment after review.

All I am saying is that there is still life in the old NFC and under certain use cases it is much better to use than Bluetooth. Just look at the transport ticketing system around the world and how they have used NFC for getting people through the train ticket barriers. I am not sure how Bluetooth would allow for that...

Nearly a year and a half ago, I predicted that Apple was hatching a "secret plan to kill the cash register." Well, iBeacons is that plan.

iBeacons is a Bluetooth-based micro-locations system (think very accurate GPS that can be used indoors). But instead of being used by people to determine their own locations, it's used by retailers, museums and businesses of all kinds to find out exactly where people are, so they can automatically serve up highly relevant interactions to customers' phones.

I think Apple's approach will not only kill cash registers, but NFC, too.

Here's what iBeacons is all about and why it's a stroke of genius on Apple's part:

This... Steve Jobs we miss you!

Darn, now anyone will know my pin

By Unknown - September 06, 2013
Geeks and Humor originally shared:
Numbers that are hard to forget

A New Breed of Chrome Apps 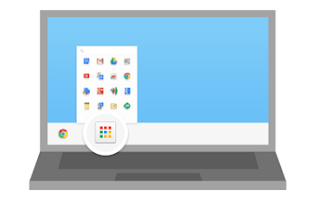 Has Google found a way to make software run everywhere???

I have said in the past that Chrome OS can be powerful platform and because Chrome is also a browser means that if you have Chrome you basically have Chrome OS which can be installed in most Operating Systems. But the only problem with Chrome OS is that the only thing you can do is run websites and not native applications. Well that is all about to change (well technically not really as this could have been done now in the past with some quirks) with the announcement of the "New Breed of Chrome Apps".


Taken from Chrome Blog, http://chrome.blogspot.co.uk/2013/09/a-new-breed-of-chrome-apps.html they have announced a full native experience for chrome apps that works offline, store data in the cloud or on local storage and take advantage of hardware of the computer like the graphics card and webcams. That sounds cool and new, but it isn't really that new. What is new is the native experience.

But what does this all mean? Well it means that developers can now build rich and complex application using web technologies and Native Client (C++) once and work EVERYWHERE. It means a developers may not need to decide to build on Windows, OSX or Linux and just build for Chrome as Chrome can be deployed anywhere and is always updated to the latest and greatest version. What this in effect becomes is a sneaky little OS which can run on top of any other OS.

This in my opinion is huge as Google has found a way for developers to make rich and interesting application available for everyone... It is why the Web is so successful and this is another evolutionary step for the Web today.
Post a Comment
Read more

By Unknown - September 04, 2013
So, walking pass the spot where the Jaguar car was melted in London this week and this is what I saw :)

Got to check this out tomorrow on my way to work